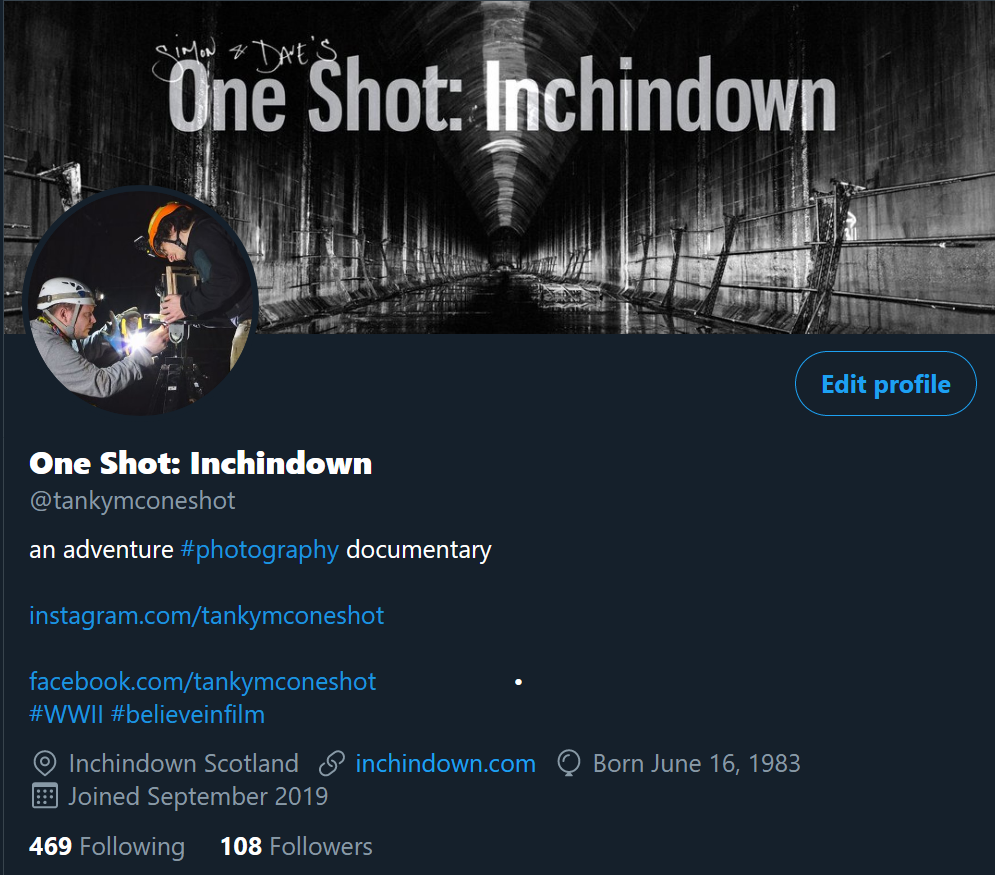 In case you were unaware, this film was largely made possible by the #believeinfilm community on Twitter. We’d be remiss to not have an official Twitter account… Well, up until new, we were remiss, I suppose. Don’t worry. All is good now — you can follow all One Shot: Inchindown happenings at twitter.com/tankymconeshot

It’s probably also worth mentioning that Simon and Dave actually met first on Twitter, through aforementioned hashtag. And, it was through that platform that they started messaging, and there initial adventure was planned. So, of course, Twitter holds a special place in our hearts.

Also, we’ve decided that at 1000 followers we’ll post some exclusive content to the platform. (real, as in don’t go paying bots on Fiverr just to get your Tanky fix.)

About the Author: Dave